With the world watching the ongoing Russia-Ukraine war, political analysts are saying that Xi Jinping is clearly watching the sanctions that western countries are imposing on Russia.

“I think what matters for Taiwan is, if there was a significant action in Ukraine, Beijing will be watching the level of sanctions, the intensity of sanctions,”- DJ Peterson, president of geopolitical advisory firm Longview Global Advisors.

China has declared multiple time that they want to unify with their lost territory Taiwan. So would the ongoing global tension driven by the Russia-Ukraine war fuel the People’s Republic of China to invade Taiwan. Given the fact that Ukraine and Taiwan have the same situation to be neighboring two of the world’s greatest powers. Or would China maintain the status quo.

A brief history of the relationship between China and Taiwan is that Taiwan used to be a part of China’s territory but China lost Taiwan to the Japanese empire. Then after WWI China regained its lost territory, but this didn’t last long due to the civil war that broke out in China between the ruling party and the Communist party that resulted in the Communist party taking over Taiwan and claiming it a sovereign state. Since then, China has been trying to regain Taiwan but until that day China is not able to take back Japan. Throughout the article we will try to analyze whether China will follow Russia’s footsteps and Invade Taiwan or the risks will be too huge and China will remain the current sates quo.

One of the reasons that might stop Xi from invading Taiwan is his desire to maintain stability in China this year after the huge loss of lives to the pandemic. Meanwhile he knows the importance of Taiwan to the US economy as Robert Daly, director of the Kissinger Institute on China and the U.S, said Chinese President Xi Jinping “is looking to see how much the United States will is able to muster relative to Ukraine, and will always have Taiwan in mind, because Beijing always has Taiwan in mind. But I wouldn’t set up the two, Ukraine and Taiwan, as exactly parallel in this case. I think China knows that Taiwan is more important to the United States,” he said, adding that the island is central to American security strategy in the Western Pacific.

The reason that Daly is sure that Taiwan matters more to the US than Ukraine. Is because Taiwan is US’s 10th largest supplier of goods. The amount of import/export goods and services between Taiwan and the Us was totaled $60.4 billion, making up 2.6% of US’s import in 2020. US rely mainly on Taiwan in the import of electric machinery with about ($19billion), machinery ($18 billion), and vehicles ($2.9 billion). Also, the US foreign direct investment (FDI) in Taiwan was $31.5 billion in 2020. Given the trade profile between Taiwan and the US this gives us an insight that China will less likely invade Taiwan and even if this happens the US will stand with Taiwan against China.

On the other hand XI, might want to invade Taiwan to show the world that China is the greatest power in the world and not the US. This was clearly presented in the “no limit” partnership between China and Russia that was signed on Feb,4,2021. According to the terms of this partnership China will have to support Russia and will try to oppose any sanctions imposed on Russia by the western countries especially the US.

Ian Bremmer, president and founder of consulting firm Eurasia Group, noted ahead of that statement that China had been generally supportive of the Russian position on Ukraine but hadn’t been “particularly active in taking a stand.”

“It’s important to recognize the growing alignment between Russia and China,” Bremmer said in a research note. He said that “in the event of any further escalation and U.S./European sanctions against Russia, the Chinese government is likely to step in and provide more economic and technological integration with Moscow.” Such a move would “dramatically tighten the relationship between America’s two most significant adversaries,” he said.

Shelley Rigger, a political science professor at Davidson College who has published numerous books about Taiwan, believes a war is unlikely since the risks to everyone are “very high.” She described a Taiwan conflict as “far messier” than China gaining greater authority over Hong Kong or Russia annexing Crimea.

Some political analysts think that China has a different timeline for Taiwan and that China has many alternatives to reach the reunification agreement with Taiwan without using involving the military. They also believe that despite the Russian invasion of Ukraine, China is not ready for a similar movement since they will not bare both the economic and political consequences of such move.

Given all of the previous facts, political analysts don’t predict any acts from China that indicates the invasion of Taiwan any time soon. They also predict that China will maneuver in terms of economic and political pressure, but there is no clear indication on invading Taiwan or changing the status quo. 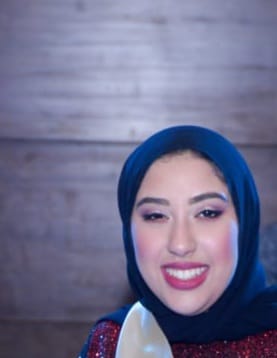